The Schwarz Foundation is a private foundation whose mission is to foster the exchange between various cultures.

Europe is experiencing ongoing transformation which calls for new ways of thinking. The Foundation was initiated in order to contribute to this process of re-evaluation and re-thinking.  Along these lines, the Foundation believes that the awareness of an enduring historical tradition can play a vital role in understanding current problems as well as in designing the future.

Through its various projects and initiatives, the Foundation aims to encourage and accompany people who are working for a new Europe in their intellectual exchange of ideas. Investigations, analyses and discussions open the door for new and absolutely essential forums for dialogue relative to future cooperation between different countries.

The Foundation’s objective on Samos is to carry on the cultural tradition in the present day at a site which is currently undergoing productive transformation at the periphery… a process which can be seen as a metaphor for a new Europe.

Over the past six years, the Foundation’s work has mainly been focused on the area of culture.  Art and music as the languages of discourse allow for perception of and reflection on the concept of ‘foreignness’. For this reason, the Foundation decisively chose to fund projects in these fields. In the future, the discussion can be extended to include other disciplines such as psychoanalysis, theology and the natural sciences. 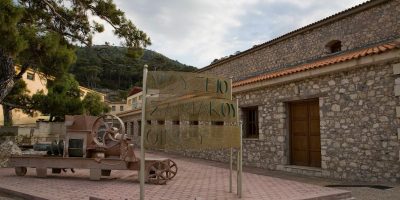 Museum of Wine of Samos