Marathokampos is the fourth largest municipality of Samos, and its capital is the homonymous town. It is built amphitheatrically at the south roots of Mountain Kerkes, in a relatively barren hillside. It has a unique view over the gulf, the islands of Patmos and Agathonisi, while its coastal areas are one of the developing tourist attractions of the island. Its history begins in the Byzantine years, when it plays a significant role in naval and commercial activities of the Empire. Monks from Agion Oros in particular, used to come here to trade their goods, and purchase goods of the Samian land (mostly olive oil and wine).

In the bay there are ship building facilities, as well as the headquarters of the fleet that controls the South Aegean Sea. In the Hegemonic period, Marathokampos was an urban centre, with links to Dodecanese’s islands, as well as with the rest of Greece. Its shipbuilding yards are still famous for the legendary sailing ships they construct, while other occupations includ fishing, the production of olive oil and soap of high quality, coal production, and the mining of the famous Marathokampos’ stones, which are used to this day in many buildings of the island. Equally important is the villages’ help to the Greek shipping industry, as many residents left the island to become seamen. Taking a walk in this large village will reward the visitor, since its architecture presents a great variety of buildings, due to the different construction workers who came from various parts of continental Greece. As it was built in a place full of water sources, the visitors can still find many public water taps, such as Lougga square, (where we discover the artful tap of the main water source of the village), Sgouron water tap and the Laundry house in Agios Athanasios. We can also admire the beautiful arches and the few paved alleys.

Some further historical places we can visit are Agios Antonios, the temple where the Revolution was declared in April 17, 1821, the High School, which hosts a vast collection of old books, and the museum, with historical documents and heirlooms. At the lower part of the village, we discover the small Monastery of Kimisis tis Theotokou.

Descending from Marathokampos village, we arrive at Ormos (=cove) of Marathokampos, the village’s port. Formerly a harbor to the entire island, called Gialos, today it serves as a docking place for fishing boats and many sorts of vessels. It maintains the atmosphere of a typical fishing village, with many taverns around the port, and lots of rooms to let. There is also a pebbled beach at the east of the dorp, which is serene and solitary. In this region, where nowadays the cultivation of olive is the predominant occupation, there once was a great production and export of onions. Moving further to the west, we get to Kampos of Marathokampos and Votsalakia territory. This is where a vast pebbled beach with crystal clear waters begins. The sun is very hot here in the summer, and the full moon nights are enchanting. Throughout the beach there are restaurants, rooms to let, tourist agencies and quiet bars. The beach is so vast that you can chose to be crowded, or almost on your own! 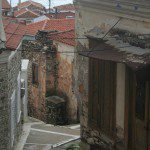 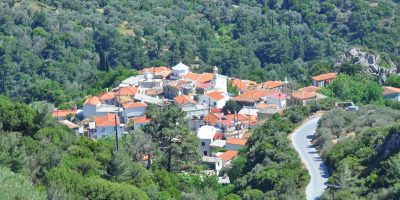 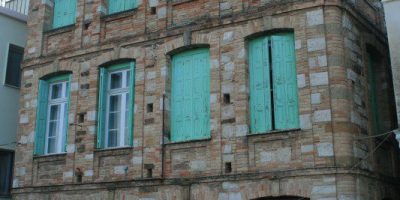